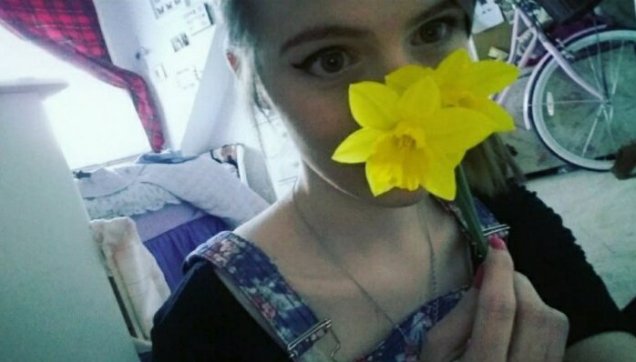 (A few months before I was admitted to hospital)

In October 2017, I was out in Manchester with my mum. In almost an instance my vision went completely double, but this time it was nothing to do with looking to my right. I couldn’t see anything, even while looking forward. I tried to look at the other people in the shop, but I was see a quarter of the object I was looking at, then somewhere a few feet in my side vision would also be the object I was looking at. My vision had completely split into double. I couldn’t walk properly, so shouted for my mum and told her what was happening. I couldn’t even make out my feet on the floor. I also suddenly felt very unwell and went weak down one side of my body. I’d never experienced anything like this before but I just thought I was tired and needed to eat.

We immediately went and got some food but my arm was so weak, I was struggling to eat a slice of pizza. It was shaking from trying to hold it and in the end, I ate a few bites and told my mum I wanted to go home because I felt ill. It was at this point my mum realised my right eye had actually crossed and was going inwards. Like when some people have a “lazy eye”, and it goes in towards the nose. That’s what happend and it had never happened in my life. I was pretty scared at this point and said I wanted to go to hospital. We decided to go home, thinking my eye would be fine when we got back. But it didn’t so we went straight to A&E.

It was embarassing going in A&E and the receptionists asking what the problem was, and me and my mum trying to explain my eye crossed, and had been stuck like that for hours. I was mostly looking down because I was so embarrassed of people seeing me cross-eyed, but I did have to look up to show them, and I closed one eye to see properly and they had this completly puzzled look on their face. I don’t remember parts of being at hospital, but I do remember later that night my left arm started shaking uncontrollably, like a seizure. The consultant came over and seemed concerned about the shaking. A nurse also came in after it stopped, and said she wanted to ask a few questions. She asked me what the date was, and I tried to talk but no words would come out. I actually couldn’t remember what month it was (it was a few days after my birthday).

It was like when you get a word on the “tip of your tongue “. I felt like I knew the answer, but just couldn’t quite say it. I must have had a worried look on my face because the nurse told me it’s fine. Then I suddenly remembered, after about20 seconds, that it was October and was completely freaked out that I was 22 years old and forgot what month it was.

I don’t remember much after the nurse and consultant leaving, apart from having a CT scan and just waiting in a cubicle, hoping my she would uncross. It was probably an hour after the scan they told me it was fine, but they were concerned about my eye and weakness. They said I had a possible stroke and they were going to transfer me to the acute stroke unit at Salford Hospital. Within 10 minutes, the paramedics came and took me by ambulance to Salford hospital. 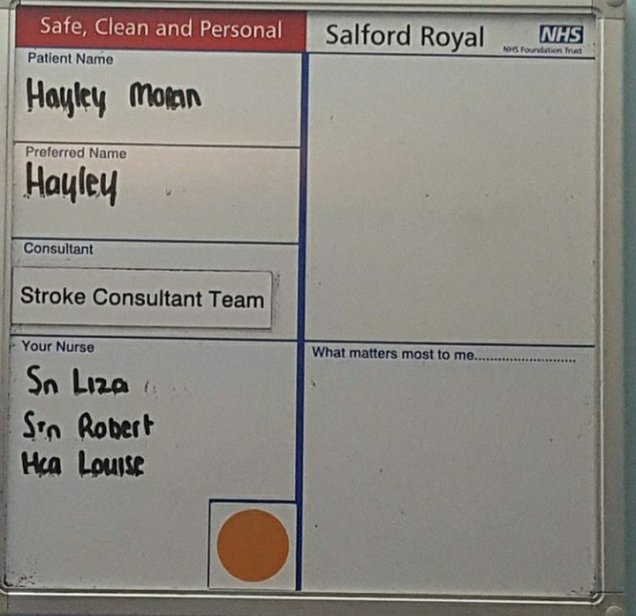 I got at Salford hospital before midnight, and spent about an hour in the A&E department. I only remember waiting at the A&E at Salford because and old woman in the cubicle opposite me kept shouting “help..I’m being murdered”. No, no one was hurting her..
When they took me onto the stroke ward ward, it was dark and everyone was sleeping. The morning after I was told they would try and fit me in for an MRI that evening, but they couldn’t so I had to wait the following day for the MRI. By this point my eye was STILL crossed and I was still seeing double. I was terrified now it would never go back. I remember going into the toilet to brush my hair, and I couldn’t even see my face in the mirror. The next day I had the MRI scan, but I was told that the consultant wouldn’t be able to discuss the results until the following day, so I had to spend another night on the ward. My eye was still crossed. 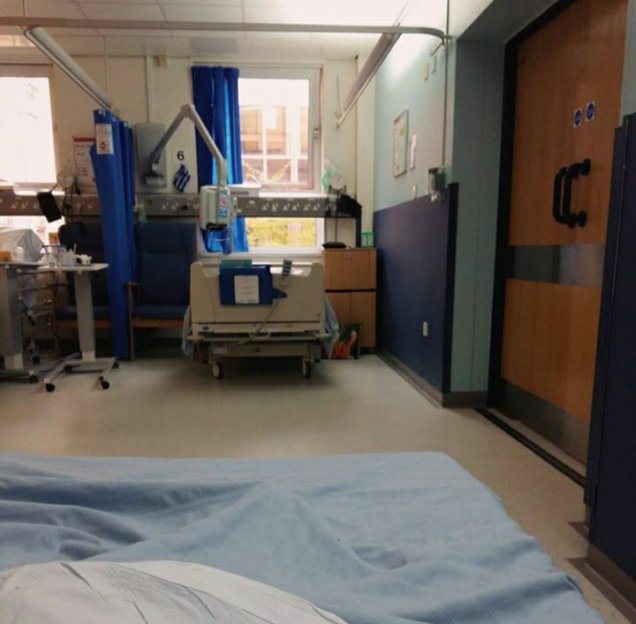 (When I was at the ASU at Salford Royal)

The next and last day of being on the stroke ward, I woke up that morning and instantly noticed there was an improvement in my vision. It was still very double and still crossed, but it was actually more towards the centre instead of being towards my nose. The neurologists were on the wards very early that morning, and were going to each cubicle to talk to people. When they arrived at mine they asked me to explain what had happened and how I was feeling now. After they took down more notes, they left. It was less than an hour later another consultant came in to discuss the MRI. He told me that I hadn’t had a stroke and that there were no tumours or lesions, but I had a malformation that I had been born with. That’s when he told me it was called “Chiari malformation”. He said that I would be referred to a neurosurgeon to have more tests and discuss treatment options, but I was free to go home. My eye was now mostly back to normal and the weakness had gone, but I still couldn’t believe that at 22 years old, I spent several days on an acute stroke ward. 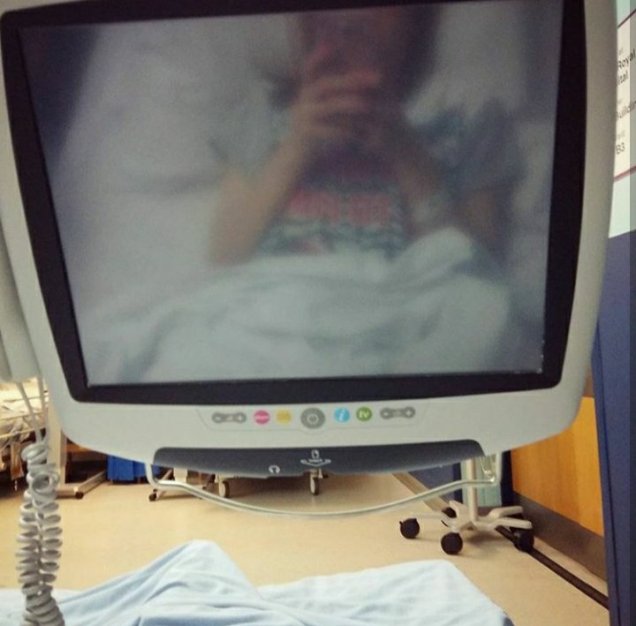 Over the next few weeks after being on the stroke unit, I researched a lot about Chiari and learned that more or less all of these symptoms I had been experiencing for years are commonly seen in Chiari Malformation. I was shocked and also angry with the neurologist I saw when I was 12, who told my mum that Chiari is “nothing”, and doesn’t make people unwell. It’s shocking that someone can have this sort of brain condition show up on an MRI, while having neurological symptoms and vision problems, and be dismissed.